Clinogen Medical, previously Depeche Mode Laboratories, is an innovative, forward thinking organisation that was founded in 1979 by husband and wife team – Parmod and Sujata Jolly.

Clinogen Medical has carried out research into the wound management and wound healing market. This led to the launch of Youki The Wound Healer, a method utilising the concept of “dry wound healing” – a major departure from current practice of moist wound healing. 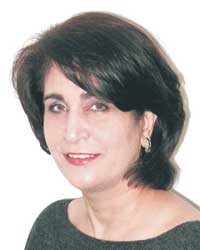 Sujata Jolly is founder and medical director at Clinogen Medical.  She graduated in medical sciences and later specialised in dermatology.

Sujata is renowned for being on the cutting edge and has over 45 years experience in research and development, with the last 37 years focusing on the healthcare and aesthetics industries.

Sujata is well known in the industry for her expertise in dermatology and plays an active role on the lecture circuit. She works closely with trading standards and acts as an expert witness in cases concerning harmful skin products. Her work in the 1980s and 1990 led to hydroquinone being banned in over-the-counter preparations in the European Union.

She is an opinion leader in her field and is often called upon by both print and broadcast media to give her opinion; over the years she has appeared on Al Jazeera, CNN, ITV and both BBC television and radio.

Sujata’s philosophy is based on the belief that products need not be over-engineered, and instead her emphasis is on assuring their efficacy and simplicity. 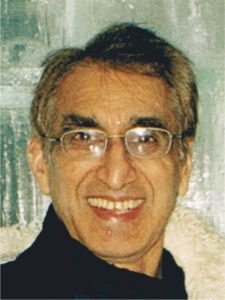 Parmod Jolly is a PhD in chemistry and MSc in statistics. He has extensive experience in mathematical and statistical modelling on large research projects.

Parmod has been involved in designing clinical trials and epidemiology studies for blue chip organisations including RHM and Water Research Centre.